On the night my daughter P. was born, I made my way to the special care nursery after being given the go ahead to get up and out of my bed. It was sometime in the middle of the night. I was supposed to be resting but there was no chance I’d sleep. I’d only seen my baby for a minute or two and I didn’t feel her drawing me to her. Only bored and wide awake. Bonding would happen soon and suddenly but at that moment she was a curiosity more than she was mine.

The staff buzzed me in after I waved to the camera and then showed me how to scrub up before letting me through a second set of locked doors. P.’s bay was the first on the right and there she was, legs and arms tucked up tight under her tummy. Her bare skin was very red there in what could only be described as a warming tray.

“Can I hold her?” I asked, and the answer – well, of course – told me that my question had either been very charming or very stupid or both.

But I didn’t know anything about preemies. Maybe they had to be left alone to warm, attached to wires and IVs for some number of hours or days or weeks until they were cooked enough for their mamas and papas to take over. Now I know that sometimes it’s true but wasn’t for us, and so a nurse wrapped my sleeping baby up like a burrito while I settled down on my couple of stitches as best I could.

Then she handed her to me and there it was – the knockout punch of the hormone cocktail that has ensured humanity keeps on keeping on for as far back as you can go. Now I was a mother. And this wasn’t just any baby, she was MY baby. The best baby. A little undercooked and kind of scrawny, but still the best baby in the whole wide world.

I felt like I had to tell her something. To pass on some crucial piece of wisdom while her tiny baby brain was still nearly empty and receptive to suggestion. I thought about it for a while while I studied her perfect little face,then the imperfect ear that emerged into the world tightly creased. And this is what I said:

It’s probably not the most profound thing a mother has ever said to a daughter and it hasn’t come up yet, but someday it’ll be relevant and God willing I’ll be there to remind her I said it. Which might be the most profound thing about that silly bit of mother lore I passed along that night. I suddenly knew what I was put on earth to do. My job? To be around while this still-tiny girl gets bigger and bigger and then older and older and then only finally when she’s old and gray will I feel like I’ll be done here.

Happy birthday, P. You get the presents but I got the best gift of all the night you were born because you made me a mom. 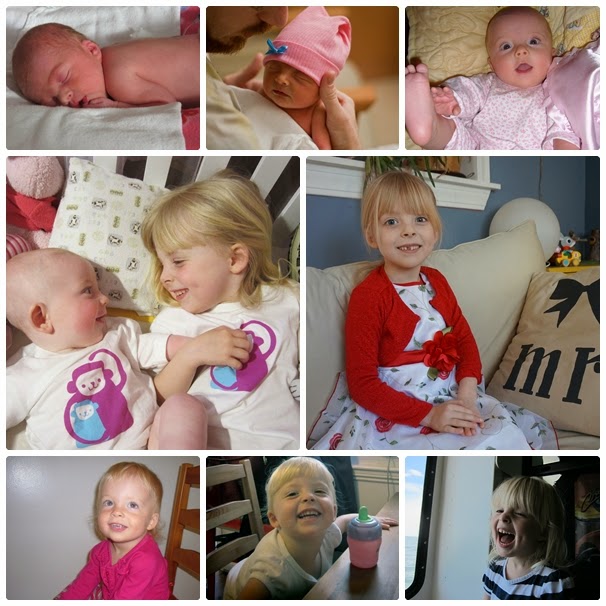