Today we’re featuring an amazing guest post (originally posted here) from mama Rachel, whose gorgeous baby girl happens to have been born with arthrogryposis (which you can read about here).

The littler Knights, the Princess and I (Rachel) just got back from an amazing week at the beach with my incredible family. We spent the week swimming in the ocean, jumping in the sand hole Auntie Laura graciously made each day, riding the waves, kayaking, breakfasts on the pouch and dinners in the gazebo. Really – it couldn’t have been any better (well maybe if Micah had been able to come– but probably not as he doesn’t like the beach at all). 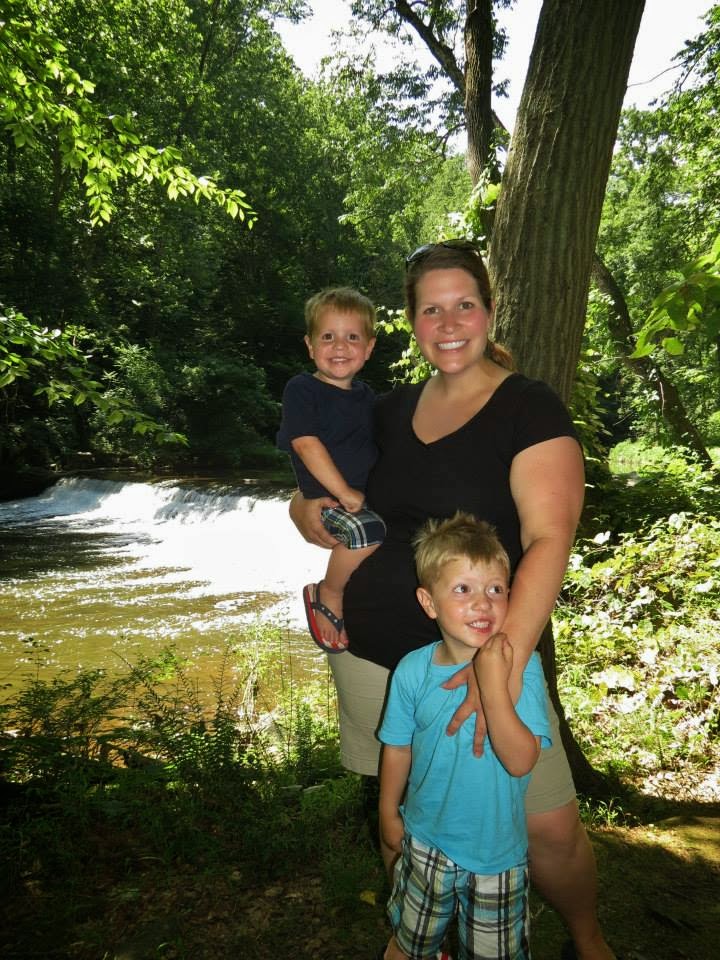 We had a similar trip last year (although the weather was pretty horrible and we didn’t get to swim at all), and as I was sitting at dinner one night feeding my nine month old who loves (LOVES!) food but can’t actually feed herself due to her arthrogryposis, I was reflecting on where I was last year and what I thought life would be like this year. Last year I sat in the same spot, seven months pregnant, thinking and dreaming about what the next year would be like at the beach. I had visions of a nine month old crawler being chased as he or she explored all around, trying to keep sand out of his or her mouth, watching my sister’s little guy, three months older, fight for toys with my baby. I was excited and looked forward in anticipation about what our life would be like with three little ones. 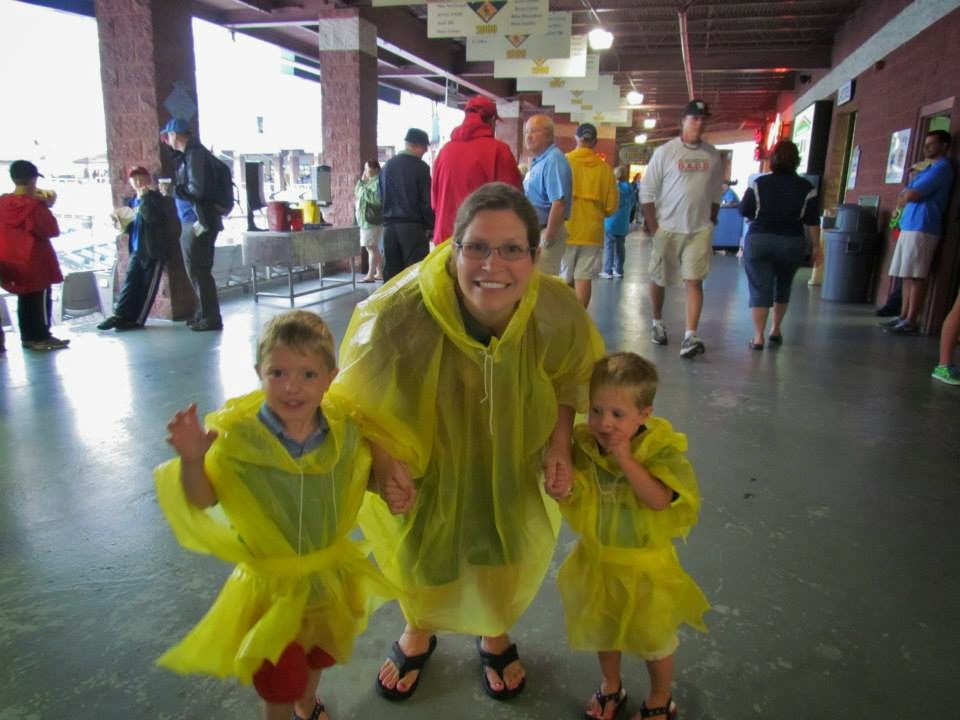 (The littler Knights and I on our trip last year)

But then, life doesn’t always meet our expectations.

It makes sense really- how often does one dream of or expect heartache, pain, failures, and difficulties. I spent most of last summer taking my boys to parks, pools, beaches, and cookouts, excitedly envisioning what life was going be like once our third child joined our family– and then she came. Many of those visions and expectations had been wrong, and it was (is!) hard. It hurts. 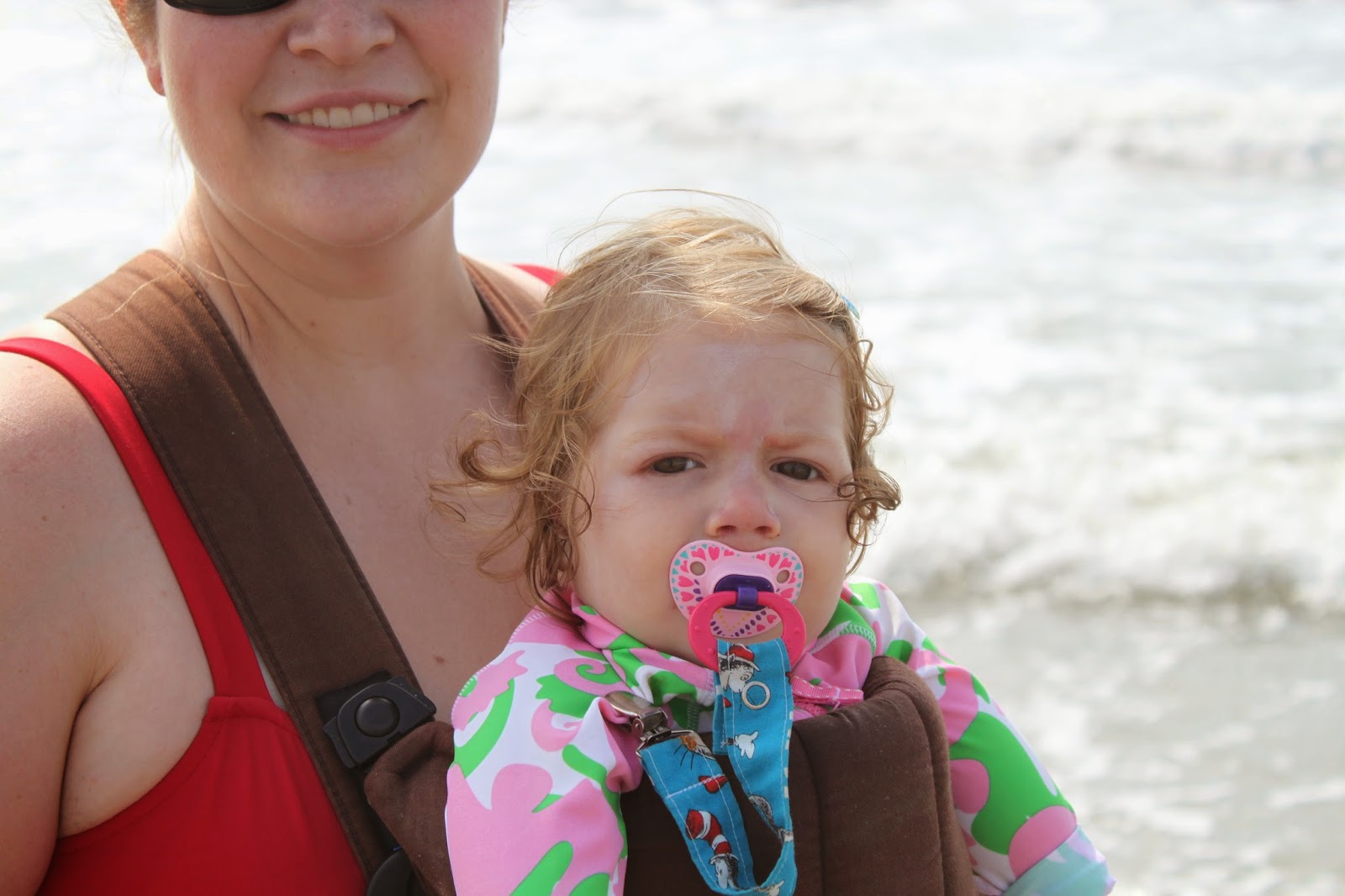 Shortly after we had Jael, while we were still in the crazy time of meeting so many doctors and trying to get to know our sweet little girl and about her arthrogryposis, I was really struggling with the unknown of her future. I was (and am) working through the process of letting go of the dreams and expectations I had had for my life, her life, and my family’s life. It was during that time that Micah ordered the album by Aaron Shust called “Morning Rises.” Shust created the album after his third son  was born unexpectedly with Down syndrome. One of the things he wrote in the cover letter was this: “We were in shock, grieving the death of lost dreams in order to make room to dream up entirely new dreams for our son.” At the time, while I agreed with this, I didn’t really understand the process that would be. But now, this summer, I get it. 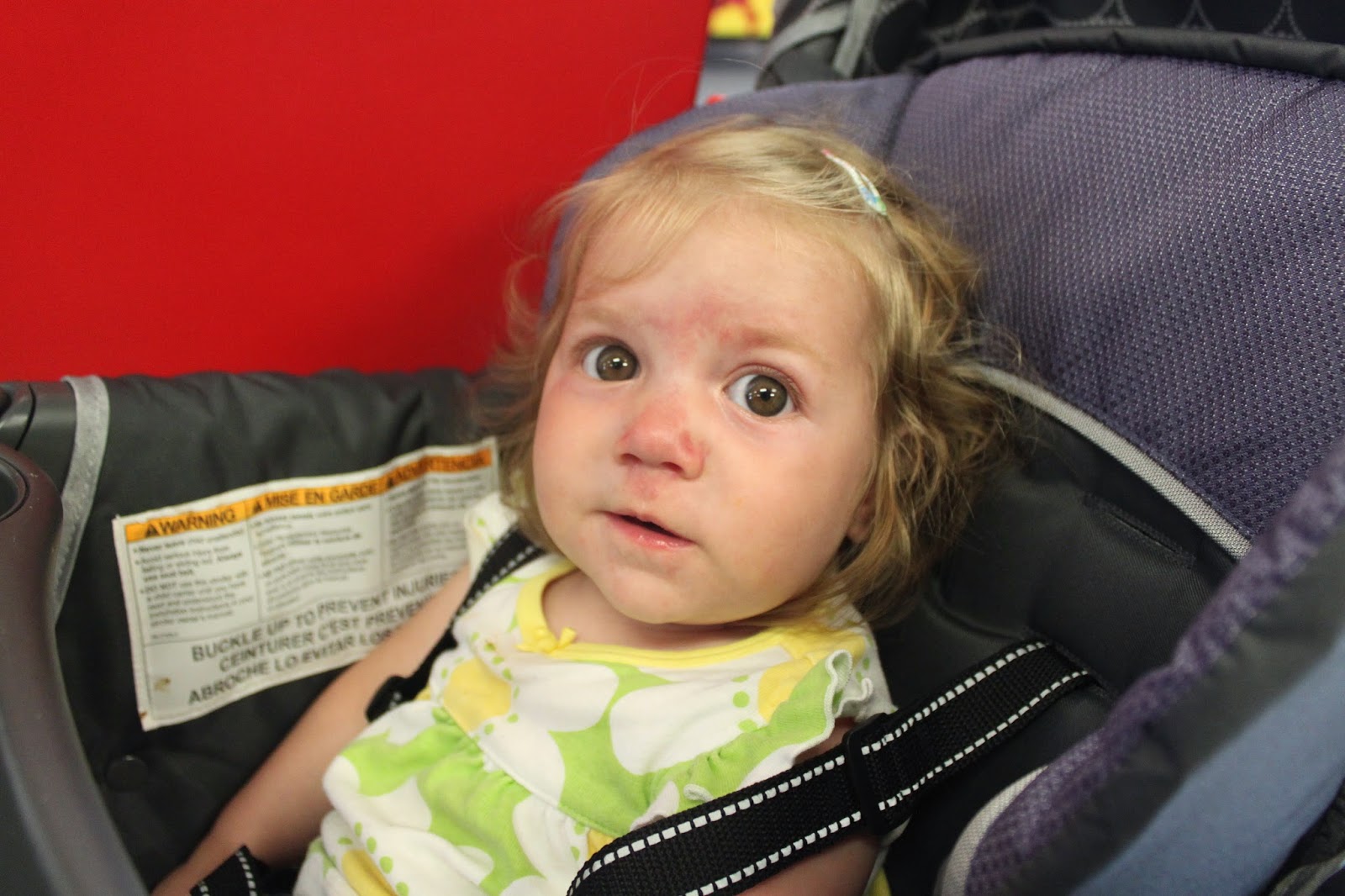 Each place I go this summer, each park, pool, beach, and cookout, I find myself remembering last year and  grieving what will not be the way I envisioned it. I am sort of reclaiming each of these places, taking the time to reflect where I was a year ago, grieving the unmet expectations and learning to thank God for what we will do instead. I’m learning that this heart healing is a process. 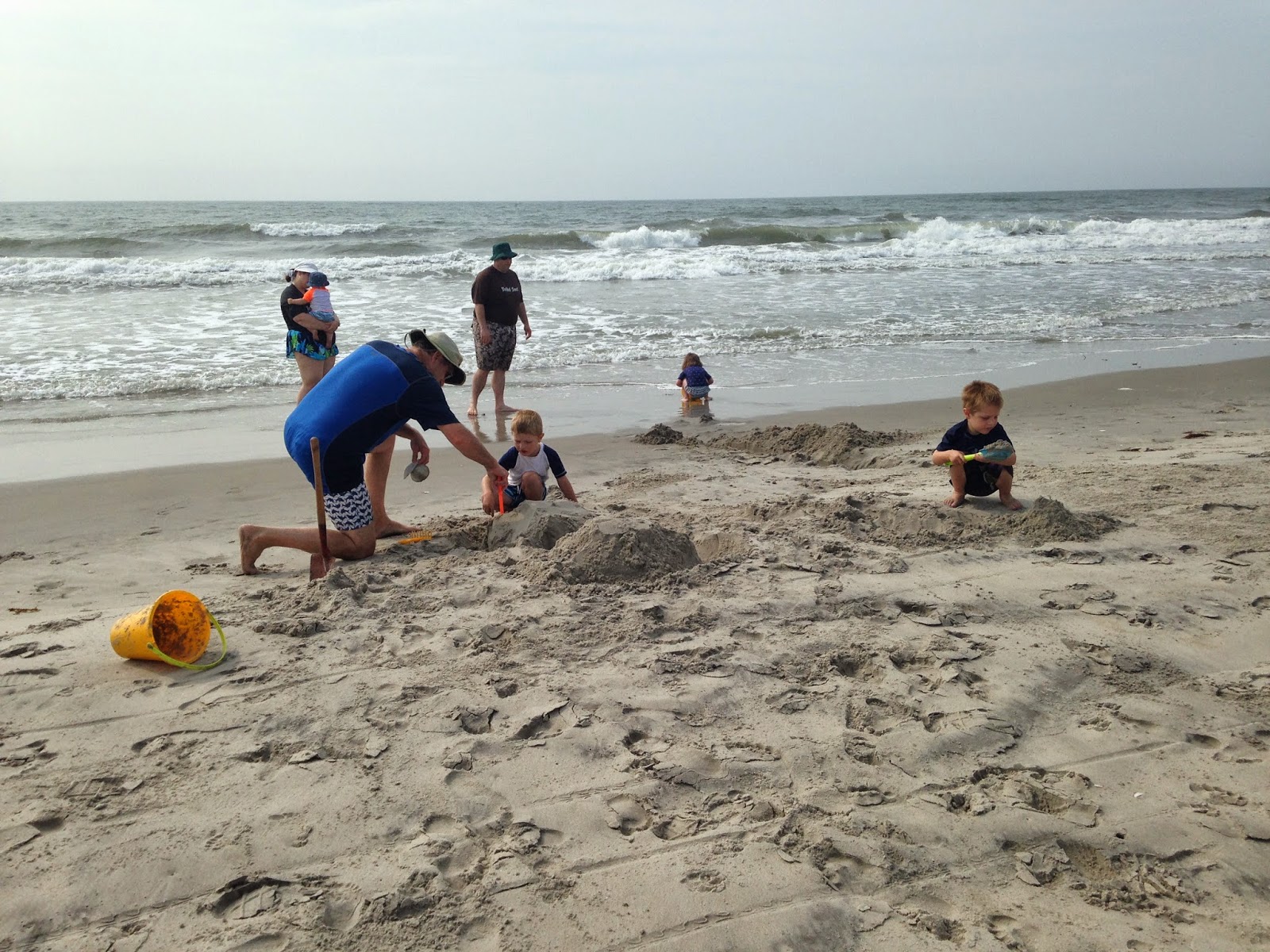 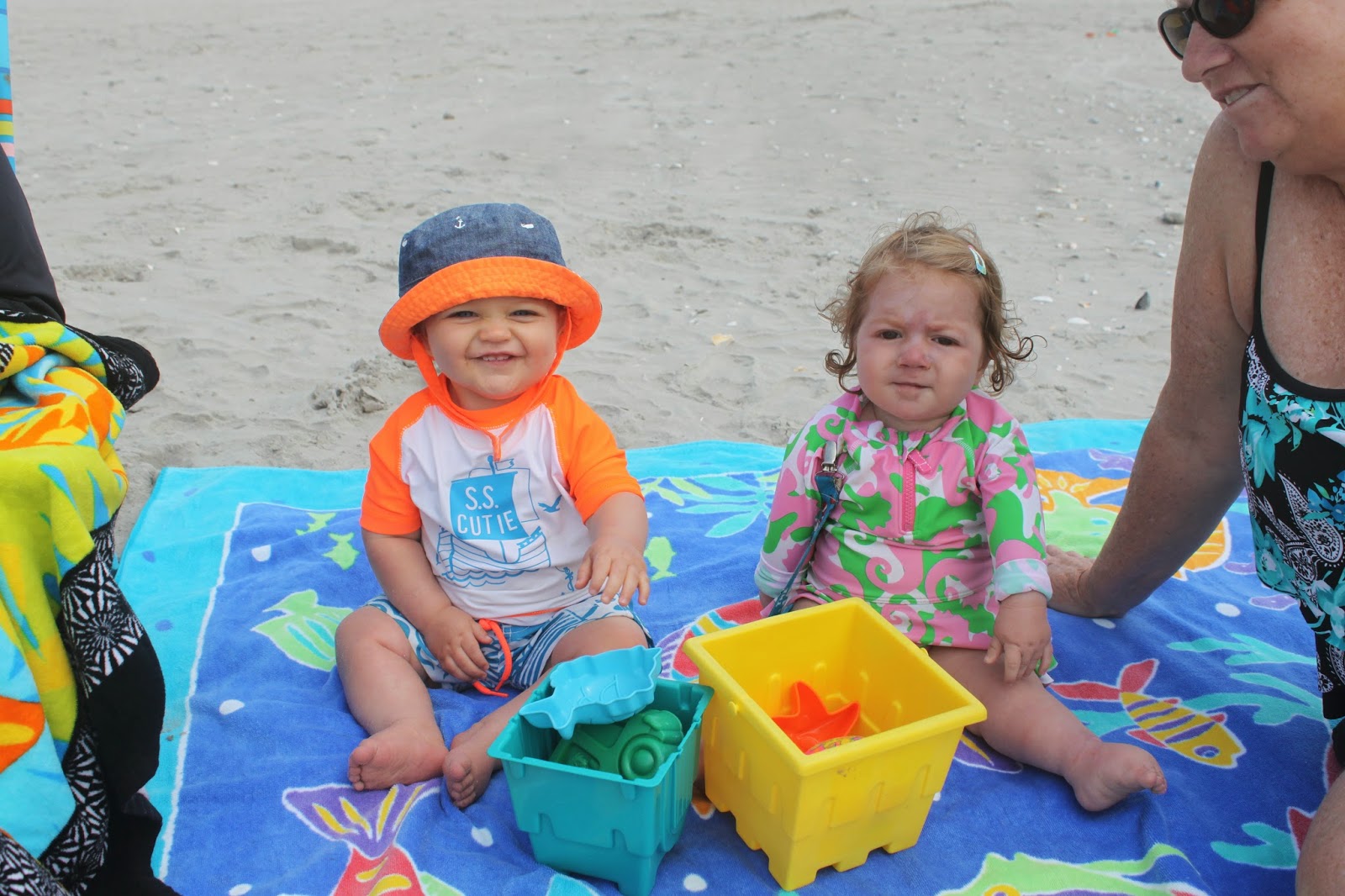 So our week at the beach this year was a mix of things I had expected and many more that I hadn’t. Instead of chasing crawling baby, I had an incredible experience at the University of Delaware setting Jael up to be part of a research program to help immobile children lift their arms. Instead of keeping sand out of her mouth, I was SO excited to see her play tug of war with my skirt because it required her to bend her arms a teeny tiny bit. She and her cousin did play together but with much less ‘fighting’ haha. And it was good. Better then good really. It was healing. 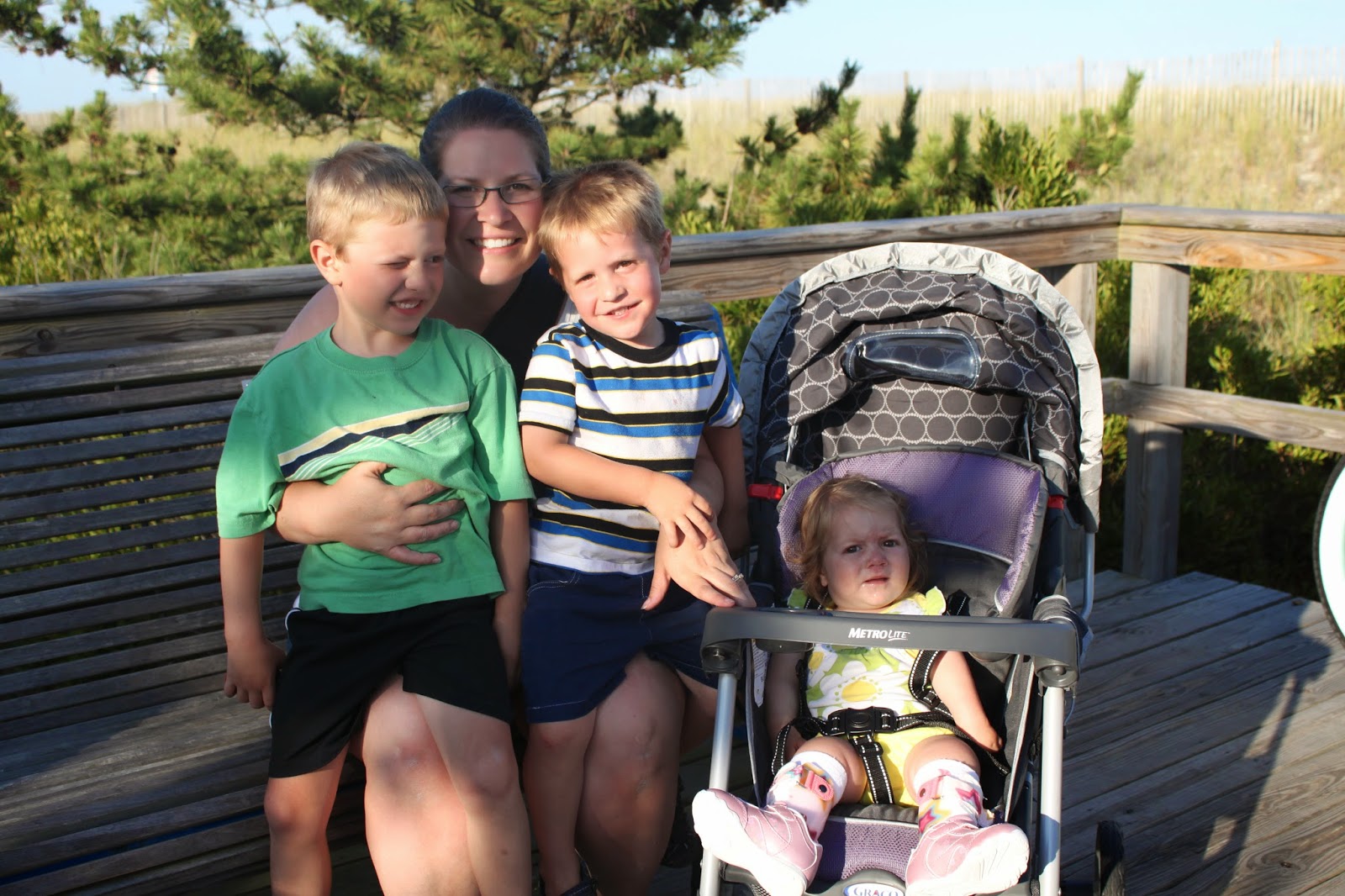